85. oldal
He from his mother Margaret de Quinci , his leaves a son who hands down “ on his deathfather ' s second wife , was himself ... Thomas and Elizabeth above had thing for the wives of a father and son to ( with Thomas , who succeeded to ...
243. oldal
William Penn , his ' first tion post mortem was taken on the estate of and second wives , and seven of his children ... John Moyle of commemorating Penn and his second wife , is Bodmalgan , junior , and Joanna , his wife , inscribed ...
343. oldal
I say then that Madam Zinevra , thy wife , has under her left breast a mole of some it is obvious that the English tale of size around which are perhaps six hairs of a * Frederick of Jennen ' is translated from it . golden hue . 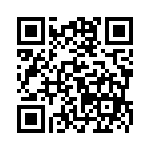