GOING THROUGH THE STORM: The Influence of African American Art in History

An impressive array of 14 essays (most reprinted from scholarly journals) on aspects of African-Americanism, ranging in theme from black nationalism to the writings of Herman Melville— and spanning a ... Teljes értékelés elolvasása

Going through the storm: the influence of African American art in history

Stuckey has made a career studying the history of the African American experience, especially the role of slavery. The scholarly essays compiled here, written since the mid-1960s, address such diverse ... Teljes értékelés elolvasása

Sterling Stuckey is Professor of History and Religious Studies at the University of California, Riverside. He is also the author of Slave Culture (Oxford, 1987). 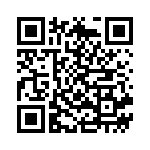