62. oldal
And now these questions are forced upon us — “ Why exists this discrepancy
between the modern verse with its scansion , and the ancient verse with its
scansion ? ” — “ Why , in the former case , are there agreement and
representation ...
67. oldal
I began the “ processes ” by a suggestion of the spondee as the first step towards
verse . But the innate monotony of the spondee has caused its disappearance ,
as the basis of rhythm , from all modern poetry . We may say , indeed , that the ...
416. oldal
Else all my prose and verse were much the same , This prose on stilts , that
poetry fallen lame . And thrice he lifted high the birth - day band And thrice he
dropped it from his quivering hand . Here stood her opium , here she nursed her
owls ...

Read throughout the world, translated by Baudelaire, and admired by writers as different as Dostoevsky and H. G. Wells, Edgar Allan Poe (1809-1849) has become a legendary figure, representing the artist as obsessed outcast and romantic failure. His nightmarish visions, shaped by cool artistic calculation, reveal some of the dark possibilities of human experience. But his enormous popularity and his continuing influence on literature depend less on legend or vision than on his stylistic accomplishments as a writer.

G. R. Thompson, volume editor, is professor of English at Purdue University. He was editor of Poe Studies from 1968 to 1980 and is the author of Poe's Fiction: Romantic Irony in the Gothic Tales. 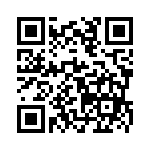