64. oldal
... reason, result, comment, amplification, paraphrase, coordinate, and antithetical
),36 each of which may be encoded differently according to the text-type in which
they occur — that is a narrative history reason paragraph will not be encoded in ...
135. oldal
... of the episode offers a reasonable explanation for the fact that the first shaving
of hair is described with a wc + Suffix clause (-1?3-rin n17:i □njHD, 14.8.1), while
the second is encoded with the off-line 'direct object + Prefix' clause (14.9.3).
151. oldal
The existence of this as a logical, 'notional' (deep structure) category, attested
often enough in other languages to qualify as a language universal, and the fact
that this text-type is encoded in relatively consistent ways in other languages, ... 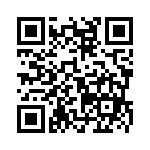