Walter Louis Laqueur was born in Breslau, Germany on May 26, 1921. At the age of 17, he fled just a few days before Kristallnacht and found his way to Palestine, where he was known as Ze'ev. He worked briefly on a kibbutz before moving to Jerusalem, where he spent a year enrolled in the Hebrew University and covered the Middle East as a journalist. In 1955, he moved to London, where he was a founder and editor of The Journal of Contemporary History and a founder of Survey, a foreign affairs journal. From 1965 to 1994 he was director of the Wiener Library for the Study of the Holocaust and Genocide, a leading archive in London. He became a scholar of the Holocaust, the collapse of the Soviet Union, European decline, the Middle East conflict, and global terrorism. He wrote numerous books including A History of Zionism, A History of Terrorism, The Terrible Secret, Putinism: Russia and Its Future with the West, and The Future of Terrorism: ISIS, Al Qaeda, and the Alt-Right written with Christopher Wall. His memoirs included Thursday's Child Has Far to Go; Worlds Ago; Best of Times, Worst of Times; and Reflections of a Veteran Pessimist. He was also the editor of The Holocaust Encyclopedia. He died on September 30, 2018 at the age of 97. 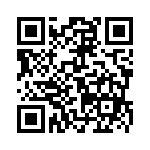