Roger Griffin is Professor in Modern History at Oxford Brookes University, UK. His major work is "The Nature of Fascism" (1991), which established the first new theory of generic fascism for over a decade. It is a theory that continues to have a major influence on the teaching and development of fascist studies by political scientists and historians alike. This is his first authored book since that 1991 breakthrough. He has also edited "Fascism," a documentary reader of primary sources relating to fascism published by OUP (1995), "International Fascism. Theories, Causes, and the New Consensus," a documentary reader of secondary sources published by Arnold in 1998, and the five volumes of secondary sources relating to fascism in Routledge's "Critical Concepts in Political Science" series (1993). 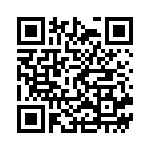