235. oldal - Because we have exterminated a bacterium we do not want, in the end, to be infected by the bacterium and die of it. I will not see so much as a small area of sepsis appear here or gain a hold. Wherever it may form, we will cauterize it. Altogether however, we can say that we have fulfilled this most difficult duty for the love of our people. And our spirit, our soul, our character has not suffered injury from it.
1939 és 2005 között 32 könyvben jelenik meg
235. oldal - A number of SS men — there are not very many of them — have fallen short, and they will die, without mercy. We had the moral right, we had the duty to our people, to destroy this people which wanted to destroy us.
1939 és 2004 között 21 könyvben jelenik meg 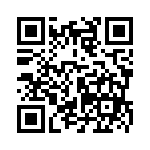