Lee Sheldon is a gamer, a game designer, and a teacher. Those three things qualify him to write a book like this. And those three things make this book incredibly valuable for teachers to read. This ... Teljes értékelés elolvasása

Lee Sheldon is Associate Professor and Co-Director of the Games and Simulation Arts and Sciences program at Rensselaer Polytechnic Institute. He has written and designed more than two dozen commercial and applied video games and MMOs. His most recent book from Course Technology PTR is The Multiplayer Classroom: Designing Coursework as a Game. Lee began his academic career at Indiana University, where he instituted the practice of designing classes as multiplayer games, and wrote and designed the alternate reality games in the Skeleton Chase series. Most recently, Lee was lead writer/designer on three games based on Agatha Christie novels, lead writer on Star Trek: Infinite Space, and lead writer on Zynga's Facebook game Indiana Jones Adventure World and an upcoming Kinect game for Harmonix. He is head of the team that is building the Emergent Reality Lab at Rensselaer, a mixed reality space for research and education; lead writer and design consultant on a game teaching math; and lead writer/designer of games teaching Chinese and business ethics. Before his career in video games, Lee wrote and produced over 200 popular television shows, including Star Trek: The Next Generation and Charlie's Angels. 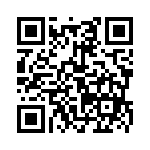