The darker nations: a people's history of the third world

Prashad (international studies, Trinity Coll., CT; The Karma of Brown Folk) here surveys the Third World both as a concept and a global movement after World War II across 18 countries. As a movement ... Teljes ÈrtÈkelÈs elolvas·sa

Review: The Darker Nations: A People's History of the Third World

Inspiring, and very educational. Makes you wonder what an anti-capitalism movement would be today. Teljes ÈrtÈkelÈs elolvas·sa 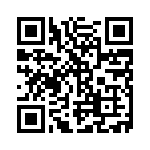