Anthony Giddens, a British sociologist, was educated at Hull, the London School of Economics, and Cambridge, and is a fellow of King's College, Cambridge. His interests have been varied, but they tend to focus on questions related to the macro-order. Much of his theoretical writing deals with stratification, class, and modernity. Although he has concentrated on dynamic issues of social structure, he has also examined how social psychological concerns are part of this broader order of human relations. 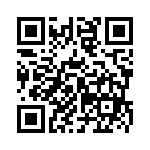