It is a grievous ornament that breaks out in a rash. - Jeuan Gethin Philip Ziegler penned a spectacular survey of the 14th century disaster which could've flipped the human lights off permanently ... Teljes értékelés elolvasása

I’m reading these Black Death books in the order I find them at used book stores, which is unfortunately not their order of publication. I should have read Philip Ziegler’s The Black Death first ... Teljes értékelés elolvasása

Philip Ziegler was educated at Eton and New College, Oxford. A former member of the diplomatic service, he has written biographies of King William IV, Lord Melbourne, Lady Diana Cooper, Lord Mountbatten, King Edward VIII, Harold Wilson, and Osbert Sitwell. His most recent book is Legacy: Cecil Rhodes, the Rhodes Trust and Rhodes Scholarships. He is at work on the official biography of Prime Minister Edward Heath. Mr. Ziegler lives with his wife in Kensington, London. 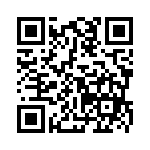