Melvin J. Lerner is Distinguished Professor Emeritus of the Department of Psychology of the University of Waterloo, where he founded the Division of Social Psychology. The majority of his research efforts focus on the theme of justice in people's lives. Much of that research has been summarized in several volumes, beginning with Belief in a Just World: A Fundamental Delusion (1980), which was awarded the Quinquenual Prize from the Society for the Scientific Study of Religion, and continuing in several co-edited volumes: with S. Lerner, The Justice Motive in Social Behavior: Adapting to Times of Scarcity and Change (1981); with Gerold Mikula, Entitlement and the Affectional Bond (1994); with Leo Montada, Responses to Victimizations and Belief in a Just World (1998); and Current Societal Concerns about Justice (1996). In addition, Lerner is the founding editor of the journal Social Justice Research and was the co-recipient of a Max-Planck-Forschungspreis and a Lifetime Achievement Award from the International Society for Justice Research. 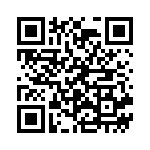