The Dalai Lama’s My Spiritual Journey presents this Buddhist’s life with extraordinary love, compassion and foresight. It’s amazing to understand how at age two as a child he was discovered through ... Teljes értékelés elolvasása

Although this book does provide some autobiographical material, I was disappointed it did not have more. Still, a book well worth reading. Much of it is a reflection by the Dalai Lama on his long ... Teljes értékelés elolvasása

His Holiness the Fourteenth DALAI LAMA, Tenzin Gyatso, is the spiritual leader of the Tibetan people and of Tibetan Buddhism. He was awarded the Nobel Peace Prize in 1989 and the U.S. Congressional Gold Medal in 2007. He is the author of, among many other books, the international bestseller An Appeal to the World and the New York Times bestseller The Book of Joy, which he coauthored with Archbishop Desmond Tutu. He lives in exile in Dharamsala, India.

Sofia Stril-Rever has coauthored four books with the Dalai Lama (including his My Spiritual  Autobiography, translated in some twenty languages). With lawyers of the Paris Bar, international climate experts and renowned scientists, she has initiated the Better We Better World training program (www.betterwebetterworld.org) to tackle environmental and societal challenges with the practices of compassion and universal responsibility, promoted by the Dalai Lama as keys to human survival in the
twenty-first century. 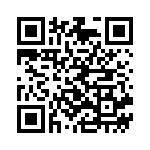