Great look into the lives of the women behind the ubiquitous 'Made in China' seals. As with many ethnographies, it does not have a very narrative structure and can be hard to get through at times. If ... Teljes ťrtťkelťs elolvasŠsa

A very interesting look at young women (dagongmei) working in Chinese factories in Shenzhen, which is called the factory to Hong Kong's storefront. Pun worked in an electronics factory, where all the ... Teljes ťrtťkelťs elolvasŠsa

Pun Ngai is Assistant Professor in the Division of Social Science at the Hong Kong University of Science and Technology. She is coeditor of Remaking Citizenship in Hong Kong: Community, Nation, and the Global City and the founder and chair of the Chinese Working Women Network, a grassroots organization of migrant women factory workers in China. 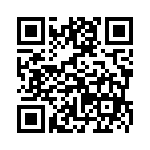