This four-volume set, first published in 1968, covers 30 years of Orwell's nonfiction. Each volume is divided by year and intermixes his correspondence with news stories and discussions on numerous ... Teljes értékelés elolvasása

I'm torn about what rating to give it, because while the first 3/4 of the book was interesting to me, it wasn't really good, whereas in the last few long essays he clearly found a form which really ... Teljes értékelés elolvasása

George Orwell was born Eric Arthur Blair on June 25, 1903 in Motihari in Bengal, India and later studied at Eton College for four years. He was an assistant superintendent with the Indian Imperial Police in Burma. He left that position after five years and moved to Paris, where he wrote his first two books: Burmese Days and Down and Out in Paris and London. He then moved to Spain to write but decided to join the United Workers Marxist Party Militia. After being decidedly opposed to communism, he served in the British Home Guard and with the Indian Service of the BBC during World War II. After the war, he wrote for the Observer and was literary editor for the Tribune. His best known works are Animal Farm and 1984. His other works include A Clergyman's Daughter, Keep the Aspidistra Flying, The Road to Wigan Pier, Homage to Catalonia, and Coming Up for Air. He died on January 21, 1950 at the age of 46.

Sonia Brownell Orwell, as a young woman, was responsible for transcribing and editing the copy text for the first edition of the Winchester Malory as assistant to the eminent medievalist at Manchester University, Eugene Vinaver. Brownell first met Orwell when she worked as the assistant to Cyril Connolly, a friend of his from Eton College, at the literary magazine Horizon. The two were married in October 1949, only three months before Orwell's death from tuberculosis. 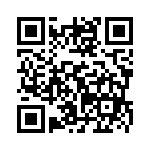