Horst Wein is perhaps the world's foremost mentor of football (soccer) coaches and trainers. He has taught the coaches of institutions in 51 countries covering four continents and has written 31 sport-related textbooks, including four on football.

Wein, an Olympic silver medal winner as a coach, was the first coach from the Western world to be invited to train top athletes in the former Soviet Union in the late 1970s. He also has served as a consultant for two Olympic Games, the Asian Games, and one of the most important football clubs in the world--Internazionale Milan.

Currently, Horst Wein works cooperatively with the Center for Research and Studies (CEDIF) of the Royal Spanish Football Federation. He also travels extensively, helping others adapt the game of football to better suit their young players. Recently, Nike United Kingdom appointed him as head coach for their famous Premier Football training programme. He resides near Barcelona, Spain. 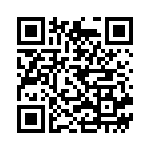