Neville Williams founded the non-profit Solar Electric Light Fund (SELF) in 1990, and the Solar Electric Light Company in 1997 which he still directs. An award-winning journalist for 35 years, he also worked as national media director for Greenpeace and currently consults in the renewable energy field. He lives in Washington DC. 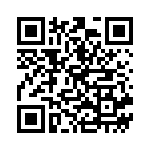