I enjoyed the explanation of the origin of bicycles,quite intriguing. This would provide even more interesting books such as this, http://www.unn.edu.ng/ or portal.unn.edu.ng

David Gordon Wilson was Professor of Mechanical Engineering Emeritus at MIT. An acknowledged authority on human-powered transit and bicycle design--and the self-described "father of modern recumbents"--he was also a prolific inventor and an early advocate for a "carbon fee" to encourage the use of renewable energy. 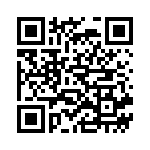