Øystein H. Rolandsen is a Senior Researcher at the Peace Research Institute Oslo. He has written extensively on the history and current affairs of the two Sudans, as well as on the eastern African region.

M. W. Daly has held academic positions in the USA, UK, and the Middle East. He is the author or co-author of many works on Sudan, including A History of the Sudan (with P. M. Holt, 2011), now in its sixth edition; Darfur's Sorrow (Cambridge, 2010), now in its second edition; and Imperial Sudan (Cambridge, 1991). 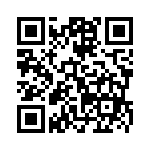